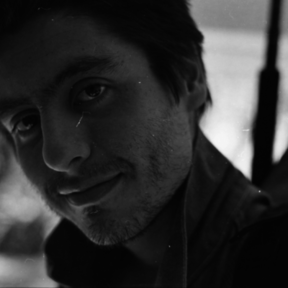 Director, cinematographer and editor based in New York City and available to travel wherever the next story takes place. With a focus in documentary cinema, I have also worked on narrative feature films, video-clips, fashion films and broadcast journalism wearing a myriad of different hats.

Projects I have both helmed and contributed to in production and post have gone to festivals across the globe. In 2018, my short documentary ‘Into Weaver’s Heritage’ was selected at AmDocs and shown alongside a traveling multimedia exhibit featuring handwoven textiles and my original photography. The exhibit was showcased in Palm Springs’ Moorten Botanical Gardens and at Los Angeles’ DE LA Studio. One of my latest releases, ‘Parenthesis’ was a finalist at the 2019 Oaxaca Film Festival and my narrative “Someone will kill someone” was officially selected at the 2020 New Filmmakers New York City Festival.

I am a cinephile, first and foremost. I hold a BA in communications with an emphasis in audio-visual production and a MA in Documentary Cinema from Fundación Universidad del Cine in Buenos Aires. I own gear and am comfortable in one-man-band settings.

Matt Garland • 1 years ago.
Lights came back great. Easy pick up and drop off and communication. Hope the documentary comes out well!
See More

Ricardo Birnbaum • 2 years ago.
Christian is a total pro! Thanks for taking care of the gear... anytime man!
See More