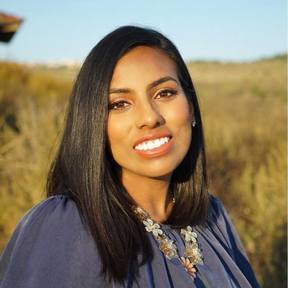 Yumna is a producer based in Los Angeles. She earned her B.A. in Communication Studies from UC San Diego, combining her passion for art and business. Her goal is to create media that reflects the world as she sees it.

Yumna is currently the Co-Founder & Executive Producer at Stranger Magic Productions, a media company that captures the magic of everyday people around us – they call it Stranger Magic. She is also the president of Creative Minorities Initiative (CMI), an LA-based network for people of color in arts & entertainment. . Yumna shifted CMI’s focus to promoting minority professionals within traditionally unrepresented creative fields.

KING FILM USA Group • 3 years ago.
Very good Thank you so so much! See you soon!
See More

Denis Zemtsov • 3 years ago.
Went smoothly thank you so much!!
See More

JB Camera Production & Rentals • 3 years ago.
Yumna was very great to work with and everything went as planned!
See More

Chad Koeller • 3 years ago.
Yumna took excellent care of my camera gear. She is very kind and very professional. I would absolutely rent to her again. Thank you!
See More

Treefort Entertainment • 3 years ago.
Yumna and her team were great. Looking forward to seeing the final product come to life!
See More