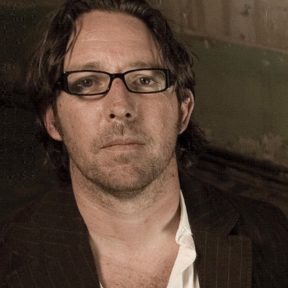 Well, here's a little info on who I am. I started in this kooky business at 19 years old and my first job was as a Stage Manager at Raleigh Studio's in Hollywood. Working there allowed me to meet a number of professionals, especially Gaffers, Key Grips, Camera Assistants, etc . . . On one occasion I was asked by a old time Gaffer if I wanted to work as a electrician for him on a small job and I took the bait. My life has been hell ever since. I worked up the ranks, became a member of 728, and found myself at the age of 27 as a Gaffer. I was lucky enough to work with some really great people and they taught me quite a bit. With that training the natural progression of things led me into cinematography, which I did throughout my 30's working on small films, documentaries, music video's and commercials. I did sometime at a post house called DFT were I headed up a short lived production effort where we pumped out a few films. From there I partnered up with a few counterparts and started a small production company called "Television101," and we do all kinds of work, hell, we will take a job sweeping the floor if it pays the correct rate. We specialize in commercials, corporate videos, along with some narrative at times. At Television101 I mostly Produce and Direct, however, I continue to grab a camera from time to time. Essentially, this is who I am as it concerns my profession. I do hold a degree in History along with a minor in Psychology and my most important job is being a father to my two daughters. There you have it, kinda sad when you can sum-up your whole life in a short paragraph.

Tyler Parkinson • 4 years ago.
Man it was so nice getting to meet Jeff. Such a great dude, excellent renter, highly recommended.
See More

rike, INC. • 4 years ago.
Jeff is a super nice guy and easy to work with, thanks!
See More

Graham Jones • 4 years ago.
The rental with Jeff went perfectly! Friendly, prompt and professional in communication, flexible with meeting times and took perfect care of my ring light. I'd happily rent to him again!
See More

Robert Miller • 4 years ago.
A pleasure to rent with.
See More

Doug Beatty • 5 years ago.
Jeff is extremely friendly and appreciative. I would rent to him again any time without hesitation!
See More