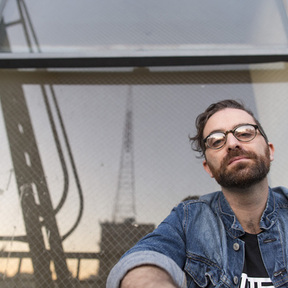 I run a small production company called Safety Third Productions. We specialize in movement capture for video and photo. I've worked as a Director, Producer, Editor and general Creative, both in-house at brands and agencies and freelance. I've worked in video production for the last 5 years. I live in Los Angeles, but travel often to New York City, the Bay Area, and Atlanta.

Scott Baker • 2 years ago.
Great renter. Easy pick up and drop off. Gear was well taken care of.
See More

Peter Cote • 3 years ago.
Shimmy is great with communication and takes care of the gear well. I am always happy to rent to him.
See More

Casey McBeath • 3 years ago.
Shimmy was easy to work with and took care the equipment
See More

No Usual • 3 years ago.
Shimmy returned everything in working order and in the same condition it was entrusted to us in. Will rent to him again.
See More

Kapil Gandhi • 3 years ago.
Perfect. Shimmy was communicative, on time for both pickup and drop off, friendly and a genuinely cool dude. Would love to work with him, he was kind enough to share a clip from the shoot and the footage he captured on this rental looked killer!
See More

Peter Cote • 3 years ago.
Shimmy was easy to work with. He was a quick communicator and all the equipment was returned and in good condition.
See More

Gabriel Kimpson • 3 years ago.
Took great care of it for over a week. Good communication.
See More