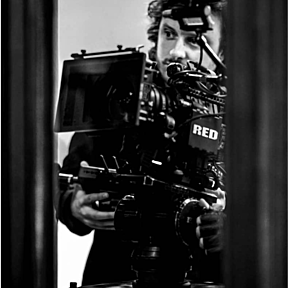 Nicola Ciccarelli is an Italian director and cinematographer born in 1989 who currently lives in LA. He studied at the Sapienza University of Milan, graduating with a degree in Philosophy, and then studied directing at the New York Film Academy.

Nicola has been working as a Commercial Director and DP since 2012. He has worked for brands such as: the New York Film Academy, Ermanno Scervino, DSquared, Grazia, Tommy Hilfiger, Atelier Emè and institutions such as the City of Florence. As well as directing a series of short documentaries around the world, two of which won him the first prize in an advertising contest for Canon Italy in 2015, and then first place at the Moganshan Film Festival in Shanghai for his short documentary "Into the Wild” in 2016. In 2017 he produced and directed “Africa, a Second Life”, a feature documentary telling the story of an Italian woman who moved to Kenya on a mission to help street children. Thanks to the documentary, €100K was raised for the cause.

Since 2019 he has led the Visual Department of Veniceball, collaborating with brands such as Avery Dennison, Puma, Adidas and Wilson. Nicola has been shooting and creating content for the Hoop Bus since the bus came to life.