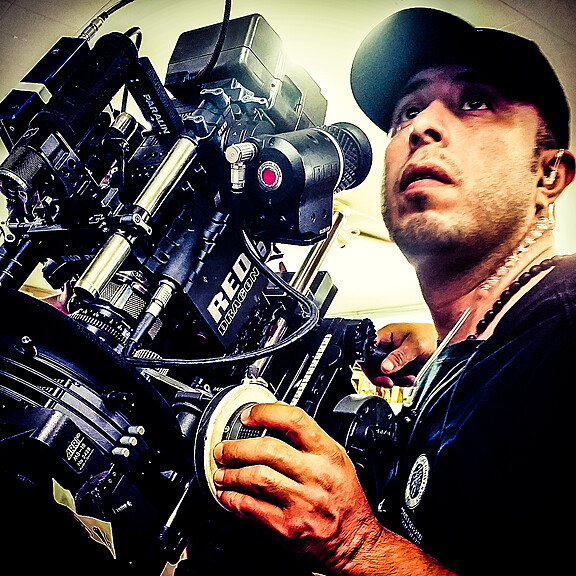 I am a Director/DP, I have written, directed, and produced several award-winning short films, spec. commercials, and music videos that have accumulated over 75 awards and nominations in film festivals. As the director/producer, I have the experience of working on sets of over a hundred cast and crew members, coordinated with numerous unions, locations, city officials, and legal representatives. In features and television, my preferred genres are; action, drama, and horror. In commercials, my preferred genres are; action, cars, beauty, fashion, lifestyles, comedic concepts. But, I'd like to keep my options open. In music videos, I'm opened to anything that inspires me. I attended Florida State University's College of Motion Picture Arts, master's program where I earned my MFA in film production.

Aside from writing, directing, and producing, I am also, experienced in most essential positions throughout the different stages of production. I've been a filmmaker for over 15 years and have been fortunate enough to have worked on several sets with multiple accredited actors and producers.

I own a production company named, LMJ Entertainment. I am a long-standing union member of IATSE 477 a South Florida local, where I occasionally crew within various departments; Electrical, Grip, and the Art department. I have freelanced throughout the United States and abroad on hundreds of projects, ranging from television shows, commercials, music videos, short films, print media, and feature films.

Based in Miami, FL

Lavarris Coleman • 3 days ago.
GREAT WORKING WITH YOU. Thanks
See More

Denzel Deranamie • 3 months ago.
Everything went smoothly, Luis was really great and easy to communicate with!
See More