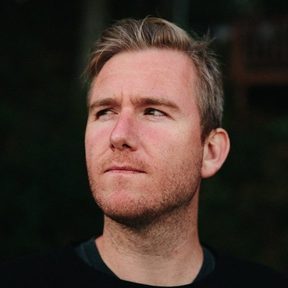 I'm a graduate of The Harold Ramis Film School at The Second City in Chicago. I have a strong video/film background and have been working on productions in the South Gulf coast region and here in Chicago for the last 8 years. I moved to Chicago because A) I've always wanted to and B) to attend the film school which has been the best decision I've ever made. Since I've been in this school I've directed one documentary about Chicagoland video arcades, and two comedy sketches. I'm still in post-production on my final thesis short film, titled "The Leviathan", about an arcade owner and his lackeys trying to handle an abrasive customer while attempting to get people into their struggling arcade by promoting the mythological game, Polybius.

In 2018 I've worked extensively as a freelancer on various shoots around town ranging from corporate/conference videos to short films to documentaries. I've done a little bit of everything ranging from camera operating, steadicam, DP, sound mixing, video editing, color correction, and more. I'm currently seeking full-time employment at a production house or, if possible, just start getting enough freelance work that I can work for myself.

Michael Thicksten • 1 years ago.
Smooth rental even with some late changes on my end of things. Good guy to work with.
See More

Samuel Fox • 1 years ago.
Camera gear worked out great, Logan was on top of communication and availability. Thanks!
See More

Nathaniel Wyse • 3 years ago.
Logan is a super nice guy and was extremely flexible with pick up and drop off. 10/10 would recommend.
See More

Elliot Nick • 3 years ago.
As always, Logan is super reliable and his gear is in excellent condition. He is quickly becoming my go-to for indie level rentals!
See More

BNow Media LLC • 3 years ago.
This is my second time renting equipment from Logan and he is a reliable and very nice guy. In addition, he has his equipment in perfect conditions.
See More

Ammar Khan • 3 years ago.
Everything was great!
See More

Elliot Nick • 3 years ago.
Logan was great to work with, he included some free extras in my rental and was super informative about the gear so that I could have an easy time shooting while I had the camera. I'd definitely rent from him again!
See More