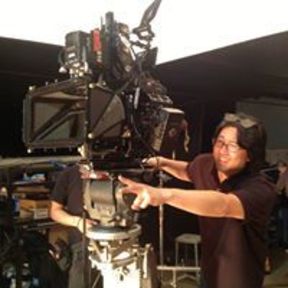 Joseph Lao is an Internationally Award Winning Filipino-American Filmmaker and Published Photographer. Born in Cleveland, Ohio, he developed his interest in filmmaking by making home-videos with his neighborhood friends. Joseph would later receive a Masters in Film from Art Center College of Design in Pasadena, CA. His first film industry job was working as a Office Production Assistant at Ridley Scott's and Associates. Today he is the current Director of Creative Services at Tilta of North America.

Marlowe Weiller • 1 month ago.
Joseph was kind and helpful and the equipment was perfect!
See More

Garrett O'Brien • 4 months ago.
great to work with and would do it again!
See More

Garrett O'Brien • 4 months ago.
Everything worked great and would rent from again!
See More

Garrett O'Brien • 6 months ago.
Always a pleasure working with Joseph! Easy and fast communicator. Would rent from again!
See More

Bradley Derrick • 7 months ago.
Great experience. I would rent to again :)
See More

Angela Pedraza • 8 months ago.
Great experience renting from Joseph. Rented the Babylens kit, they were very well taken care of and packaged well for transporting and safe keeping.
See More

Michele Kanan • 9 months ago.
Very professional and easy to work with
See More