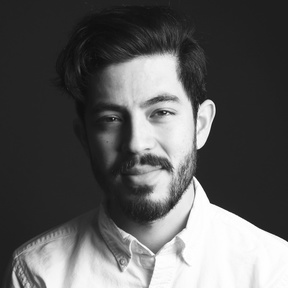 I am a published author, award-winning writer, filmmaker, and avid lucid dreamer. I opted out of a typical high school life and spent the better part of my senior year in China. Upon my return to the States, I attended NYU’s Tisch School of the Arts. While attending NYU, I won the David Chase Honorary Scholarship Award for Screenwriting. I graduated in 2009 with a BFA in Film & Television Production. In that time, I interned at Sony Pictures and Rabbit Content.

In 2013, my book ‘A Field Guide to Lucid Dreaming‘ was released by Workman Publishing. Upon its release, the book was an indie bestseller and is currently available in 11 languages. I've has been featured on NPR, Vice, Gaia, Fox News, Oprah.com, and numerous other media outlets. I have contributed work to Men's Health, NBC, and Tricycle Magazine. I frequently give talks on lucid dreaming and dream work.

I currently work as a freelance writer and script supervisor and occasionally produces short-form work through HVY SKY Media.

I have an insatiable appetite for the unknown, loves applying metaphors to an ever-confusing world and finds great solace in baking pies.

At the moment of this reading, he resides in Los Angeles.

James Huang • 2 years ago.
Jared has rented from me a few times and is a rockstar renter each time. He's very communicative and handles the gear with care. A Plus + renter!
See More

James Huang • 3 years ago.
Everything went smoothly and Jared was very easy to communicate with.
See More

JCO Productions • 3 years ago.
Very smooth rental. Easy to communicate with and handled the gear professionally. Thanks!
See More

Raiko Siems • 5 years ago.
Thank you for taking care of the equipment and being so easy to work with
See More

Archetype Media • 5 years ago.
Jared was great to work with! He returned my gear on time and in perfect condition. Super friendly.
See More

Archetype Media • 5 years ago.
Jared was great to work with. Super nice and a total pro.
See More