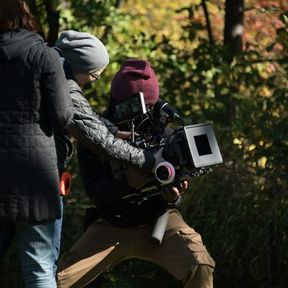 Jamal has been working in the industry for 5 years in New York City, as well as internationally. Shooting short films, feature length movies, as well as artistic videos for brands and artists has brought him the insight of understanding the needs of all types of stories and genres. In 2014, he won the Zeiss Precision Image Award; and recently, his contibution behind the camera on the short film Flowers, allowed for the film to win Best Short at the American Black Film Festival. It is now slated screen on HBO until the summer of 2017. For him, these momentous achievements cemented the belief that improvement is key and should be utilized in strengthening each and every frame.

Marco Andre • 4 years ago.
Jamal is an awesome dude. Hope to work with him in the future.
See More