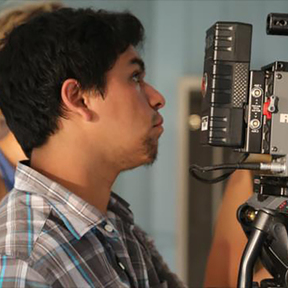 I am an award winning director and cinematographer, who who have shot many narrative shorts, features, documentaries. With over 6 years of experience in the industry, I had the opportunity to also direct my own films, and won several awards.

As of now, I have been doing freelancing for over five years, and on the side, my passion in directing has taken a turn when I have received three awards at the Los Angeles International Film Festival. As of now, my main goal is to network, and also provide social awareness within the film medium, and I hope to gain these by collaborating with like minded people who share the same stories of social awareness, who have something to contribute in the world of cinema, and push the medium as a tool of expression.

Spartan Cinema • 10 months ago.
I've been very fortunate to work with Jaime and supply some equipment for his projects. Thank you!
See More

Spartan Cinema • 10 months ago.
Again, just a pleasure working with Jaime. Thank you so much.
See More

Kaleb Seaton (Twelve Spies) • 2 years ago.
Jaime was great! Super communicative, and treated my gear as his own. Highly recommend.
See More

Newch Creative • 2 years ago.
Easy renter, would love to rent to again. Thanks.
See More

Newch Creative • 2 years ago.
Easy renter, would love to rent to again. Thanks.
See More

Marcus Thomas • 4 years ago.
Another smooth rental with Jaime. Thanks!
See More