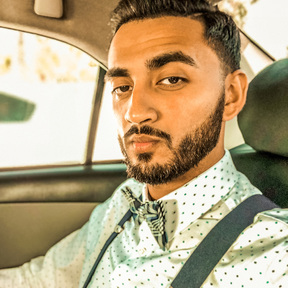 Hussain moved to the U.S right after completing his Bachelor’s in Media Sciences (Film & T.V) in July 2015 from Iqra University, Karachi, Pakistan. He’s now currently enrolled in the MFA in Cinematography program at the prestigious New York Film Academy with Talent based Scholarship. Hussain also has an Acting in theater experience from the National Academy of Performing Arts(Pakistan) where he was instructed by the likes of Legendary Zia Mohyuddin and Rahat Kazmi. During the 4 years in the U.S, Hussain is a certified RED Digital Cinema camera operator. He has shot two short films in Hollywood. One of his films ‘Candy & Ronnie’ has won many awards in several film festivals. Apart from getting Hollywood experience, he has also shot and directed many music videos for Bollywood artists. His music videos got millions of hits and are released by one of the biggest music companies such as T-Series and Speed Records.

JB Camera Production & Rentals • 11 months ago.
Had a great time renting to you, had some great conversations and enjoyed hearing about your project! Appreciate the communication.
See More