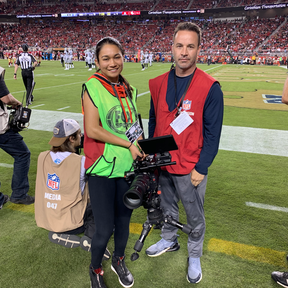 Sibilino Productions LLC • 5 months ago.
Everything perfect! They took good care of the equipment.
See More

Reed Ellefson • 1 years ago.
Smooth transaction, follow focus was in great shape. Can’t wait to use it!
See More

Nick Burton • 1 years ago.
Brian was great and the equipment arrived quickly and well-protected!
See More

JB Camera Production & Rentals • 1 years ago.
Hey Brian, how's the adventurous Ventures goin' Alexander? Hope you conquered quite a many shots through that imaginary terrain within the actual location. Haha, hope you enjoy the review almost as much as you enjoyed the lenses! Or vice-versa. Woah! How am i gonna do this? (-: The Rise and Fall of the Great Powers by Paul Kennedy Equally important are the repeated signs that manufacturing suffers from an excess of bureaucratic planning, from being too concentrated upon heavy industry, and from being unable to respond either to consumer choice or to the need to alter products to meet new demands or markets. (Page 493) Yeah, cuz we all gotta be Neo in the Matrix? :-) Obviously. Lol, 0000-What!? Haha Still #1 Alexander ;-) (-: "It's just hard to feel that pea all the way underneath the mattress," said the princess. Haha ! :-)P The Lion, The Witch and the Wardrobe by C.S. Lewis ...there's not many takin in there that ever comes out again. Statues. All full of statues--in the courtyard. "Couldn't we have some strategem?" Said Peter. "It's no good, Son of Adam," said Mr. Beaver, "no good your trying, of all people. But now that Aslan is on the move--" (Page 84) Hey, if it doesn't work bein' the queen of ice, you could always try bein' a fiery lion. And I ain't ass-lying. (-; "Who is Aslan?" asked Susan. "Aslan? said Mr. Beaver. "Why, don't you know? He's the King. He's the Lord of the whole wood" (Page 85) He sure was concentric, Religion probably has some connotations in there. Let's have a peak (-; Nahum 3:8 Art thou better than populous No, that was situate among the rivers, that had the waters round about it, whose rampart was the sea, and her wall was from the sea? Matthew 24:6 And ye shall hear of wars and rumours of wars: see that he be not troubled: for all these things must come to pass, but the end is not yet. It's not? Oh right, no it's not over yet. I'm sure there's probably one more passage that pertains to this, probably Luke 4:20 And he closed the book, and he gave it again to the minister, and sat down. And the eyes of all them that were in the synagogue were fastened on him. Whoops! Probably shouldn't o' showed you that one! : ) now you probably think all my good decisions come from Luke 4:20! How did de heal with the pressures of stress? 0-: Message in a Bottle (A Titanic Story) by Ian Collin 'I don't know,' replied Tam with a glint of hope to his voice, 'but something has me puzzled and I think the answer lies in the drawings.' 'He said they shared the house with nine other people from another family.' That was nothing unusual in those days; even when I was a child I slept at the foot of Ma's bed because my grandparents had the other bedroom, and my four brothers slept on the parlour floor,' replied Mina. 'But I don't understand why you want to see drawings of the funnel.' Andy found himself swept along by the enthusiasm of Tam and Elizabeth. (Page 117-118) It's a big-wide world out there, good thing we got so many options to pull from at the bottom o' the o'cean ! . (-: Best, Joseph Blackburn
See More

Gary Rifat • 1 years ago.
everything was great with Bryan on time
See More

Deck Hand Camera Rentals • 1 years ago.
All was awesome thanks Brian!
See More