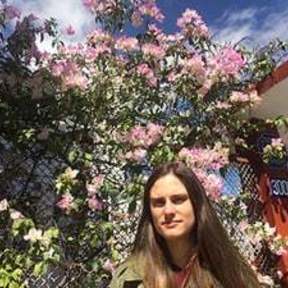 Alexandra has worked in the film industry as a location scout, location assistant manager and producer’s assistant in New York City and L.A. She also produced a number of short films in New York and abroad. After working in the industry, she decided to study documentary film at The New School to bridge the gap between her interests in ethnography and her passion for both non-fiction and fiction filmmaking. She is an MFA candidate at Brooklyn College's Barry R Feirstein Graduate School of Cinema for Cinematography. She is particularly interested in making hybrid documentary films and narrative film that blurs the line between fiction and non-fiction.

SEEINGPLUS FILMS LLC • 5 years ago.
Alexandra was fantastic, took really good care of my gear. Thanks again for the business!
See More

ThreeTwelve Media • 6 years ago.
Everything went smoothly with pickup and drop off. Filter was as it came. Thanks!
See More