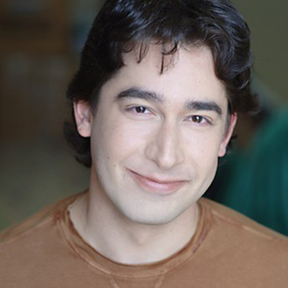 Hey there, Just to give you a little info about myself, I've been artistically involved in productions of one type or another all over the country for the last 20 years. In the film industry, I've worked for Spielberg's Shoah Foundation, the Academy of Television, the Director's Guild, BET TV, etc. And in theater, I've produced, directed and acted in productions both Off-Broadway and Off-Off Broadway, (BAM, Cherry Lane, New World Stages, etc.) I belong to SAG-AFTRA and Actor's Equity, and I graduated from NYU's Tisch School of the Arts. Gimme a buzz... Get in touch... I'd love to hear about your upcoming projects.

Walusako Mwalilino • 1 month ago.
Everything went smoothly, thanks a lot!
See More

Peter Garafalo • 3 months ago.
Great renter! Adam was friendly, accommodating, good with communication, and his gear was in great shape! Would definitely rent from again.
See More

Arts Into Production • 5 months ago.
Adam is super helpful and accommodating and has great array of equipent
See More

Griffin Cubero • 7 months ago.
Gear was in perfect condition & he was super communicative and flexible with pick up/drop off. Will be renting from him again!
See More

Daniel Villavicencio • 8 months ago.
Adam was awesome. Very nice and easy to communicate with. The flag kit I rented was just what I needed to pull of beautiful and realistic lighting for an EXT. Woods scene.
See More

Margaret Divirgilio • 8 months ago.
Adam was great to rent from! His lens was clearly marked with pink tape which was awesome so I wouldn't confuse it with my other equipment.. The lense came in 2 protective bags that were very easy to carry around. Adam was very responsive and made picking up / dropping off the equipment very easy.
See More

Alec Cohen-Schisler • 9 months ago.
Adam was incredibly communicative, flexible, and organized. I had a fantastic time with his equipment, it was all sorted and neatly packed, and he was a huge help for my shoot. I can't wait to rent from him again!
See More

Gabriel Adalla • 9 months ago.
Everything went well! Adam was very friendly! Looking forward to renting out more equipment from him in the future!
See More