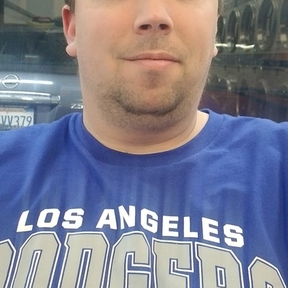 Adam Hall was born and raised in Missouri, where a lot of important stuff happened, but you'll have to pay to read about that in his sure to one day be self-published memoirs. Adam has always had a spark for the creative, but that didn't really translate into any sort of filmmaking until late high school. He attended Carson-Newman College in East Tennessee, where he received his degree in Political Science. After an internship at the US Capitol, he decided to trade the harsh, corrupt political landscape of Washington, D.C. for the more innocent and welcoming climes of Hollywood. Soon after, he received his MFA in Directing from the University of Southern California. His thesis film, "Sudden Death!" screened in over 100 film festivals and won more than 50 awards.

Adam wrote and directed two award winning original series: Research. - starring Barry Bostwick and Doug Jones - and I Hate It!, a satirical review show. Adam is an Associate Producer on Wicked Tuna and Wicked Tuna: North vs South on Nat Geo, and teaches film, television and screenwriting at Azusa Pacific University. He lives in Los Angeles with his awesome toddler, Riley, and his amazing wife, partner and producer, Melanie, with whom he co-owns Mildly Fearsome Films.

Adam is great and courteous

Adam was great and was very cordial! Great renter and great vibe!

Great person to rent from