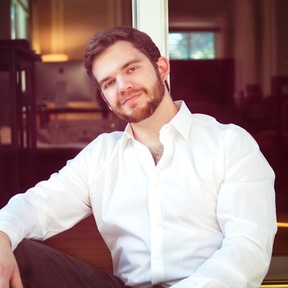 You’d think gay cinematographers would be more common, but Matthew finds himself an outlier in the Cinematography community. It's this unique perspective that has found his work accepted into Cannes, Tribeca, Frameline, Outfest and more film festivals while also receiving both Gotham and Queerty award nominations. After attending the American Film Institute Conservatory's MFA Cinematography program Matthew traveled around the world serving as the Director of Photography on many projects including feature and short films, documentaries, music videos, series and has been the cinematographer on projects with James Cameron, Arnold Schwarzenegger, Youtube stars Davey Wavey and Brian Jordan Alvarez. His ability to lead a team while bringing a unique perspective makes Matthew a cinematographer to watch out for.

Jennifer Turner • 1 month ago.
I had a fantastic experience buying equipment from Matthew, and couldn’t be happier! Matthew was pleasant from the start, awesome equipment, everything arrived quickly and exactly as described. Honored that I’ll be able to continue using this camera system from an accomplished cinematographer and filmmaker! Thanks so much Matt!
See More

Spartan Cinema • 1 years ago.
It has been great working with Matthew, thank you very much.
See More

Justin Ogden • 1 years ago.
Had a great rental with Matthew and co, everything was taken care of!
See More

Yonathan Wezeli • 2 years ago.
Great renter, took good care of my equipment and easy to communicate with!
See More

Spartan Cinema • 2 years ago.
It was a very easy experience working with Matthew and renting some batteries. Thank you again!
See More