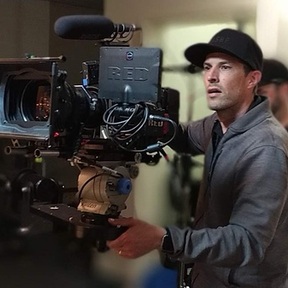 Stephen started the business in 2010 with the development of aerial platforms before anybody knew what drones were. His innovations were featured in Scientific American magazine and many other publications for being the first person to ever fly a cinema camera from Blackmagic Design on a RC platform for a high profile multi-million dollar Fox Sports Ad. Stephen is a director of photography and editor, and is supremely passionate about making quality productions that grip the viewer and call to action. The documentary he produced on the flood in Iligan Philippines helped build homes for 50 families. He was also a DP and editor for a national PBS telvision series seen by millions of viewers, also DP and editor of feature films. Currently development director for OneDoorStudios.com

Based in Sacramento, CA

Hidden Temple Films LLC • 1 years ago.
Everything went well, the equipment was all functional and Stephen was super helpful!
See More

Brenton Ekstrand • 2 years ago.
Stephen was awesome and I will definitely be renting through him again
See More