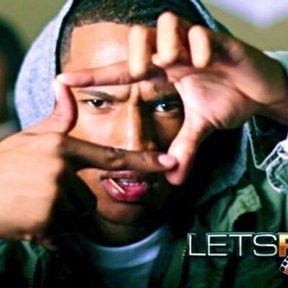 SkyDirects, is a native to Los Angeles, Ca. At a very young age, he expressed leadership and directing. By age 18 , Sky was the director and editor of the hit reality show “Life After B2K” for the world wide known group B2K. This gained millions of views and sold to Warner Bros. Shortly after that, Nick Cannon discovered Sky and became his mentor With Nick, he was able to help develop Sky’s passion for filming. Sky worked as Nick Cannon's personal videographer for over 2 Years, creating viral Content for social media and working on the hit show "Wild'n Out".

Sky grew to create music videos for underground artists, until he started getting notice by mainstream talent. Sky has gained over 10 million views on YouTube from his content. His 1st national music video TV appearance was a video he directed for Meagan Good and the “The Hello Girls.” It premiered on Bet 106&Park.

Sky has worked with some of the top influencers on social media and partnered with top brands like Reebok. He has worked with celebrities like Tyga -LastKings, Shaq, Kevin hart, Christina Millan, Channel West Coast, Lryica Anderson, A1 Bentley, Teairra Mari, RoccStar, Meagan & Lamyia Good, SkySummers and more. He's been interviewed by top radio stations, such as sway in the morning’s hit radio show.

Sky is a dedicated director, making music videos to him is like filming a short film.

FlashBox Films • 3 years ago.
Easy to work with and great to rent to! We hope to work with Sky again in the future :)
See More

JB Camera Production & Rentals • 3 years ago.
Sky was a very open book. He was very grateful to have to so close to him and was a real and down to earth guy. Good vibes!
See More

BLACK DOLPHIN RENTALS • 4 years ago.
The rental with Sky was great! He had great communication, and made sure to keep me in the loop of everything, I would definitely to him again!
See More