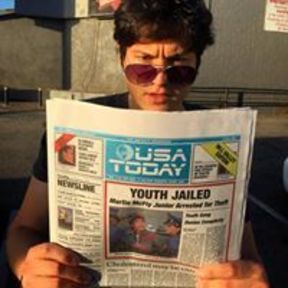 Sergio Allard is a film/tv/web/commercial/Music Video director. He has worked in over 15 feature films, having directed 3 up to now, ''Juan in a Million'', ''Summer with Friends'' and his recent NYC shot ''Carmen''

He has directed commercials for brands such as Land Rover, Pepsodent, Quasar, Jeep, Sodimac Chile, Corona, Cencosud Chile, Heineken, Escudo, among others for production houses like Demente, Mitu and more...

He is one of the founders of Visual Production House Chronos Cinema that have produced commercials for Quasar and Cencosud, Samsung among others.

David Carstens • 4 days ago.
Happy to rent to Sergio any time.
See More

Nicolas Demarais • 2 months ago.
Sergio was an outstanding renter. When it appeared we may of had issues with gear he quickly showed his concerns and in figuring out what happened. We then resolved the issue in a timely manner. I would definitely rent to Sergio again.
See More

DeHaven Camera • 2 months ago.
Sergio treated our gear well and made for a smooth rental process. We look forward to renting to Sergio in the future.
See More

Tunzini Pictures inc. • 2 months ago.
Everything went well. Sergio took great care of my DJI RS2 ... and his baby was born during the rental! Congratulations to him and his wife!!!
See More

Naptime Rental LLC • 2 months ago.
got my gear back to me in a pinch! Thank you for an easy rental!
See More

Rahul Dutta Films LLC • 2 months ago.
It was great experience renting with Sergio. Smooth communication, Everything returned in great condition. Would love to rent him again.
See More