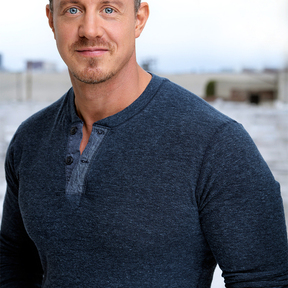 I previously worked as an editor on national commercial campaigns, several of which won awards. Prior to that I worked as an assistant producer, then director on music videos. I then took a period to make a feature-length documentary exploring the end date of the Mayan calendar featuring many well known public figures including futurist Ray Kurzweil and radio legend George Noory.

Currently I have struck out on my own with a director of photography I partner with and we've created our own production and post-production package to create commercials and PSA's. We've signed up on Sharegrid to compliment our production package as needed on a project by project basis. Currently we use a Red Epic-X with Mysterium Sensor.

Additionally I am a comedic actor and a member of Tim Robbin's acting troupe, The Actors' Gang in Culver City and you may have seen me on Days Of Our Lives if happen to be big a fan of soap operas. Directing is my main focus and after taking some time off to focus on acting I have found acting has greatly improved my ability to work with actors and communicate with crew and I look forward to hopefully getting the chance to do business with you in the near future!