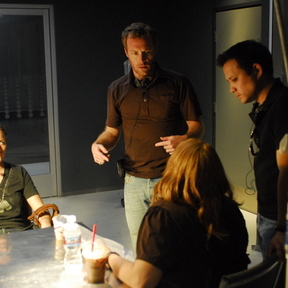 Retrofit is a full-service production company that has developed, produced, and directed award-winning entertainment content for studios and networks since 2005. Our client list consists of prominent entertainment companies including NBC, Universal, FOX, The CW, Warner Bros., Disney, Marvel Entertainment, Dreamworks, as well as major players in branding and advertising such as Mindshare, Ogilvy, Edelman, and Davie Brown.

ON THE MARK MEDIA, LLC • 4 years ago.
smooth rental. thanks!
See More

Attachment, Inc. • 4 years ago.
Retrofit Films was amazing to work with. Super clear communication throughout the entire process and coordination for pickup and drop off was seamless. The gear was handled with the upmost care and returned just as it left. I would be happy to work with Retrofit Films again in the future!
See More

Kort Havens • 4 years ago.
Everything was so easy renting from Retrofit and Santiago. The camera was perfect for my project. I'll definitely reach back out to Santiago any time I can.
See More