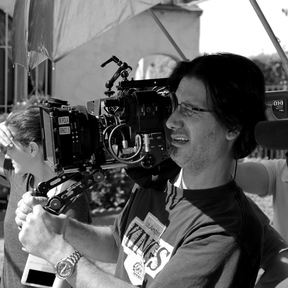 Pietro Villani is an LA based cinematographer who originally hails from Brooklyn, New York. He has been shooting movies, commercials, and documentaries worldwide for the past 16 years. He is formally trained with a BFA from Chapman University and a MFA from the American Film Institute (AFI) in Cinematography. While attending AFI Pietro interned for the legendary cinematographer Allen Daviau ASC.

Pietro began his career as a Set Lighting Technician working on films like Mr &Mrs Smith, Dreamgirls, Spiderman among others.

Rising through the ranks, Pete Villani chased his dreams and became a cinematographer working on commercials, shorts and features with proven competency, integrity, and collaboration with fellow filmmakers. This trait culminated in his winning the Emerging Cinematographer Award for the International Cinematographer Guild Local 600. His recent credits include Where Children Play, The Sphere and The Labyrinth, Like Cotton Twines, and I'm Not Here starring JK Simmons and Sebastian Stan.

Thank you very much!