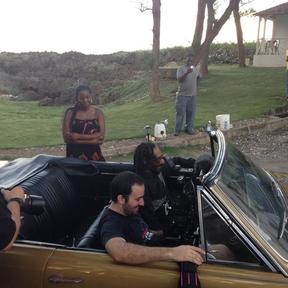 I started off at the infamous MTV 1515 Headquarters in Time Square, where I honed my production skills working for the News and Documentaries department. From daily news to MTV specials to the VMA's & Movie Awards, my growth as a DP and Editor started here.

In 2010, I left MTV to purse my freelance career and since, have shot an amazing array of stories for television, film and documentaries from around the globe, including South Africa, Peru, India, Japan, Sweden, Jamaica, Greece, Mexico, and across the United States. As a Director of Photography, I have established relationships and worked with some of the most respected media, tv, sports, and branding companies in the world including: VICE, HBO, NIKE, CBS,NBC, Food Network, A&E, TLC, SNY, MSG, SONY & MTV.

Todd Takehana • 6 years ago.
Nick was great to deal with. Good communication, took good care of my Red Epic-W kit and returned it on time. Happy to rent to him again.
See More