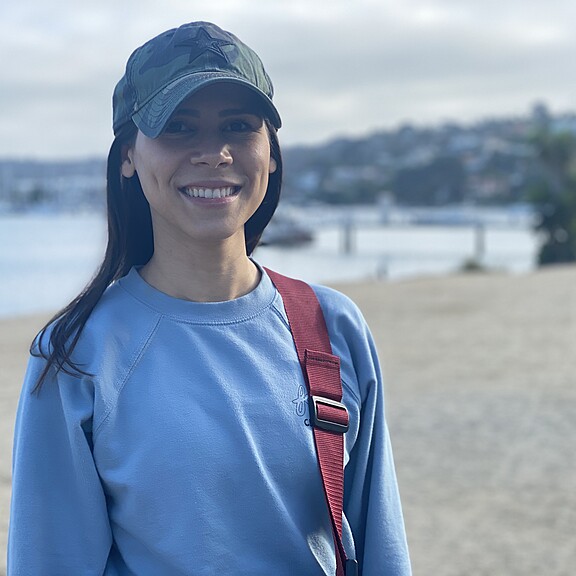 Michelle originally hails from Bangkok, Thailand as a U.S. citizen born abroad. She is one of seven children with two Thai siblings, three Colombian half-siblings, and one Puerto-Rican half-sibling. Growing up she spent her school years in Longmeadow, Massachusetts and many summers back in Bangkok where her mother’s family still resides today.

In college her pragmatism caused her to major in business, while her love of stories and the human condition led her to minor in history, psychology, and Spanish. She spent summers in Colombia, Argentina, and Spain where she absorbed different cultures, histories, and the Spanish language. It was her specific combination of language skills – native fluency in English and Thai, and conversational Spanish – acquired through these life experiences that helped her gain entry into the film industry.

Beginning her film career as an assistant to producers and an A list actor in a Hollywood film shot in Thailand and Spain, she has since worked on five features and eight television shows in various roles ranging from production assistant through her current position as a director’s assistant.

She has written four feature length films, multiple shorts, and dozens of comedy sketches. In addition to having studied at several renowned acting and comedy schools, she has performed in improv comedy shows, Off-Broadways, short films, and a feature. Despite being a writer/performer at heart, she has also directed two short films with a music video and documentary slated for later this year as well. Splitting residency between New York and Los Angeles, she even does stand up comedy from time to time while back in LA.

Based in Hartford, CT