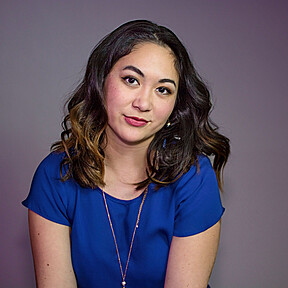 Madeline Dimayuga is a filmmaker and graduate of the University of Texas at Austin RTF program under the Moody College of Communication. She has served the role of producer from MFA graduate pre-thesis films to independent films; as well as successful web series such as "Mr. Nice Girls" (2018) which was selected for the Independent Pilot Competition for the 14th Annual New York Television Festival. She has also been awarded for her work as a writer and director on her own short form projects, "Play Pretend" (2017), and "Love Thy Neighbor" (2018). Madeline is also the host of the musical comedy podcast, "This Band is Real".