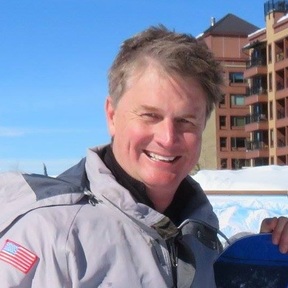 It was in high school that Kris picked up a camera and starting shooting and editing a multitude of sports, corporate events, and even shooting nuptials on the weekends. Kris attended CSULB with an emphasis on radio, television and film. While there, he worked at the Toyota Video Production Center. This high-end facility allowed Kris to learn all aspects, from the central equipment room, to shooting, lighting, and editing and ultimately directing a live multi-cam "News and Views" Lexus satellite broadcast. While at Toyota, Kris began working with Focal Pointe Productions producing and directing for Toyota, Lexus, and other corporate clients. Kris's big break came when he was asked to produce and direct a team for the ABC hit show Extreme Makeover Home Edition. Sparked by the entrepreneurial bug, Kris formed Media Stream Partners a full service video production agency, that has worked with some of the largest companies not only in Orange County, but nationwide, including Broadcom, Verizon Wireless, CBS Radio-KROQ, Mercedes-Benz, Red Bull, Microsoft and Disney. It was during the dot-com craze that Kris began doing front end production for CMGi and its streaming arm NaviSite. From there, Kris built his own encoding and muticam switching system and began streaming corporate live events. This led to producing entire events at venues nationwide, most if not all having live streaming component. He became a go to partner for iStreamPlant, a leader in managed webcast. Seeing the end of boutique video production coming, Kris shifted his focus to high-end, high-profile live streaming and joined Red Bull Media House helping launch RedBullTV. It is at Red Bull where satellite and IP delivery became second nature for him. He most recently joined 090Media with a focus on the future of 'Broadcast' and pioneering the way people consume content. His dedication to his craft, and never say die mentality are proof that it is "just another day in paradise" when you love what you do.

Kevin Reyes • 11 months ago.
Kris and his crew were friendly, professional, and took great care of my gear. Thanks!
See More

Running Gear Film, LLC • 3 years ago.
Kris and his team are fantastic! Easy to communicate with and they always take great care of our gear! Looking forward to renting to again! Thanks Kris!
See More

Before Infinity Productions • 3 years ago.
It was a pleasure working with Kristopher! Professional attitude and took great care of my gear!
See More