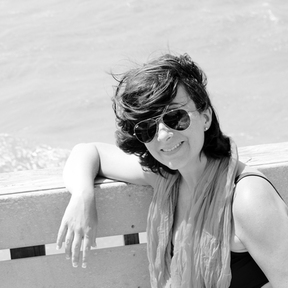 When UK/NY production company Observatory needed a producer to assist them with their documentary feature “Southern Gothic,” they turned to Maggie for their production needs. The film, set for a September 2019 release, is an examination of a racially motivated hate crime that took place in Georgia over 30 years ago. The recent discovery of the murderers and their subsequent prosecution was a landmark moment that shook a community and a region. On the socially impactful, high-end production, Maggie wore many hats, including serving as the de facto unit production manager for the staging and filming of intricate recreations. She assembled a sizable crew, managed production services, performed extensive location scouting, worked with Atlanta-based casting company New Life Casting (see “Ant-Man” and others), and assisted in all aspects of a grueling and intense shoot in which the horrific crime was painstakingly re-created.

At all times, Maggie could draw on the innate tools of composition, color, and narrative. Approaching the cinematic process from a photographer's perspective, she discovered that the moving image could be as artful and engaging as the beautiful still images that she crafted in the years before embarking on a film production career. But embracing her creative side also required an exercise of a high level of business acumen.

Maggie recognized that she needed to start with a proper business entity foundation, and in 2012, she formed JWH Productions, LLC. And as the movie industry exploded in Georgia, Maggie managed the corporate affairs of the business, together with performing production duties, including but not limited to cinematography, editing, directing, and website and graphic design. Learning to use the tools of production while understanding the important business aspects have made Maggie a well-rounded producer that respected both the creative craft and the financial pieces of every project.

As a part of the growing Georgia film industry, Maggie scored a contract with Toronto-based reality television production company Cineflix Media, Inc, where she handled initial intake with potential cast families for the popular HGTV television series “The Property Brothers” and others.

Intent on working in many different film genres, and after completing a commercial project for Piedmont Hospital, Maggie decided to mount, as a sole producer, her own original horror feature she called “DeadThirsty.” The feature motion picture, later renamed upon distribution as “Rave Party Massacre,” was Maggie’s brainchild from the very beginning. Maggie penned the script and raised the budget independently. Through her company, she retained the services of award-winning director Jason Winn, who worked with Maggie in assembling a crew and sharing in the casting duties. Her involvement in the project was all-inclusive, including creating the graphical elements for the complex title sequences in the film. Working with Winn, Maggie directed, shot and edited the title sequences by manning the RED camera.

But producing also included handling the sale and distribution of the finished motion picture. Without the services of a sales agent or producer’s rep, Maggie negotiated the sale of “Rave Party Massacre” to Breaking Glass Pictures, and it was released worldwide in 2018, is readily available on major rental streaming platforms and retail outlets. News of the sale was carried by major trade publications and celebrated as Maggie understandably served as the only producer for the film. Further evidence of Maggie’s success was that “Rave Party Massacre” was nominated for best feature film and best writing at the Women in Horror Film Festival.

Constantly finding projects to ply her talents, Maggie co-directed the 2015 documentary “The Wonderful Wadsworth,” reimagined, partially re-shot and completely re-edited the low budget feature “A Choice to Yield,” produced the documentary “The Power of Place,” and continues work on projects that require her independent spirit. The tools that she had ingrained naturally within her prior to starting her filmmaking journey now manifest themselves in an extensive arsenal of tangible items through which Maggie could share and take part in creating movie magic.

Andrea Epps • 2 years ago.
Everything was perfect, will definitely be renting again
See More

Krissy nothstein • 2 years ago.
Thank you for working with me.
See More

Chandler Gates • 3 years ago.
Really great to work with! Super helpful and informative. Easy to schedule flexible meeting times and pickup locations. First time renting through sharegrid ever and it was made easy thanks to JWH Productions, thanks so much!
See More

Jeffrey Arnold • 3 years ago.
Great renter. Everything went some as usual. Will definitely be renting again.
See More