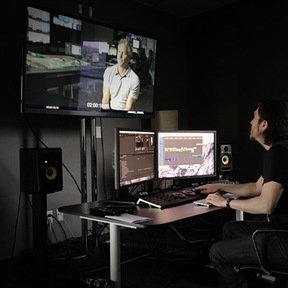 Originally from Spain, Joshua went to film school in Madrid (Spain), where he graduated in Film Editing in 2002. He then went to the University of California Santa Barbara, where he received a Bachelor's in History. After graduating, he has edited everything from feature documentaries, trailers, promos, short films, music videos, sitcoms, etc.

Andrew Olszewski • 7 months ago.
Everything was great!!!
See More

Connie Jo Sechrist • 10 months ago.
Joshua's gear was clean and worked perfectly. He was very flexible with pickup/drop off times and was always available to answer any questions.
See More

Julian Budge • 2 years ago.
Great package with everything you need for any set up. Really flexible drop off and pick up
See More

Lorelei Rubik • 2 years ago.
Perfect! Thanks for being so accommodating, hear was great!
See More

JB Camera Production & Rentals • 2 years ago.
Hey man, I appreciate all the sacrifice you did for the rental and hope we can continue renting and word of mouthing each other. Thanks, let me know if there is anything else I can do
See More

Soulmatter • 3 years ago.
Great rental, no problems, thanks!
See More