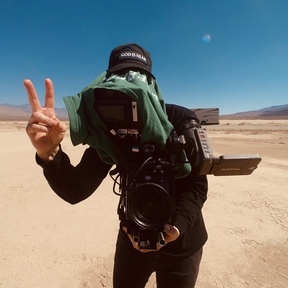 I have been in the film industry for 10 years as a Film Director and DP. My work has been featured in several major publications and received Nominations for the Dove Awards. I have shot and Directed numerous short Films, Commercials, Music Videos, and Feature Documentaries. I have lead teams and departments from 3-20+ Members. I am passionate about telling stories and creating moments that people will remember for a life time.

Based in Greenville, SC

Daniel von Seckendorff • 3 years ago.
Very friendly, thorough with the equipment, and while he didn’t need a full kit he was able to describe what he needed so I could put together a special for him. A win-win all around.
See More