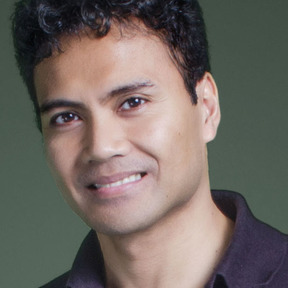 Inspired by Filipino action heroes like Jess Lapid, Sr., Lito Lapid and Fernado Poe, Jr., I would try to mimic their gun slinging abilities and their cinematic persona as a kid.

I was born in Apalit in the province of Pampanga, on Luzon Island in the Philippines. I had been involved in numerous school productions and community theater productions. I had made a few appearances in local television commercials and had taken part in a few short films. I also held important roles in independent feature films working as a cameraman and as a sound technician in Soul Fray (2015), as well as securing a supporting role in Shattered (2015).

I love martial arts, fencing and wrestling. I like a good game of volleyball and football, and spending time with family and friends. I also enjoy a good conversation over some coffee or a beverage of choice.

As an aspiring artist in the cinemas, my passion will lead me to continue to perfect my craft and make many more films.