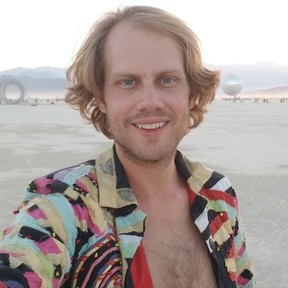 Michael was already in his junior year of college when he decided to give up the financially-secure career path of a chemical engineer and pursue filmmaking instead. A few of his professors were making short films on the side, so right away Michael had the opportunity to work with professional lighting and camera equipment like HMI's, jibs, and sliders. He was hooked. He even lensed a feature before graduating from the University of Florida in 2011.

The next stop was Los Angeles to start his career in the film industry, which has led to many great experiences with amazing people in awe-inspiring locations. It was a rough start at first because the University of Florida being focused on video production for news as well as programming for major cable networks. Neither of those inspired Michael, and the alumni network for feature film production was nonexistent, so he went forth on Craigslist and dove headfirst into the indie film world as a freelancer.

Starting out in the grip & electrical department was perfect for Michael because he graduated college with a few years of experience behind the camera but much less experience with equipment like 10K's and Fisher dollies. He drove grip trucks which got him on set with small- and medium-budget indie films, as well as a few commercials and music videos. With a few years of G&E experience under his belt, Michael moved on to work at a rental house called Stray Angel Films.

In 2015 Michael connected with a venture capital firm in San Francisco called Tuesday Capital. Since then, Michael has been their go-to for the videos they provide to their portfolio companies. Michael also teaches a class at Theatre of Arts, an acting college in Hollywood. There he gets to direct and produce short films that the students have written for themselves, in a class aptly named Demo Reel. Thanks to this relationship Michael is directing at least 3 short films every year in a variety of genres.