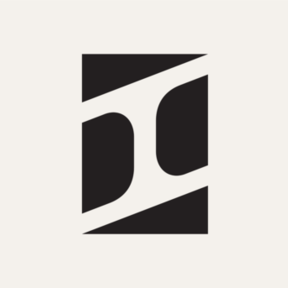 A full service production company located in the heart of Manhattan.

Leo Gallagher • 1 years ago.
Went smoothy but one cable was missing - Benjamin paid me promptly for it and no complaints!
See More

Trevor Gilman • 3 years ago.
Quick communication and gear was exactly as described. No issues.
See More

Jesse Wekerle • 3 years ago.
Everything was in working order and a pleasure to rent! Will definitely rent again.
See More

Joel Bergvall • 4 years ago.
This is my first ever negative review on ShareGrid. I've used the service for many years and have had several incidents of damage, all of which have been resolved amicably and with great respect shown by all parties. This was not the case with Incline Productions and their representative, Mr. Benjamin Murray. My lens was damaged on their shoot. This is in no way a big deal, gear gets damaged all the time, all I needed was a swift insurance resolution. However, the renter started out rejecting the notion of damage, claiming the lens "was like that when we picked up." This was obviously untrue because a) they would have noticed such severe damage upon first inspection, and b) the lenses had just come back from a through servicing and were in pristine condition. After being called out on this, the renter never rejected the damage again. The repair took a long time (caused by a delay in parts being shipped from Zeiss and not in any way the fault of the renter) but once completed, the renter went into radio silence, not responding to any communications, on or off ShareGrid. Only once I informed them that unless they responded I would have to seek remedy in small claims court did they finally respond, and then only to refuse responsibility for more than half the cost of the final repair. Once I sent a formal letter informing them of my intent to take them to court unless they responded within 10 days did they finally file a claim with their insurance company. Once the insurance got a hold of the issue it was swiftly resolved, the renter was found liable and I finally received my payment in full today. This was dragged out for almost seven months, all for a $500 deductible and the refusal to take responsibility for a simple damage claim. Now, I am out of pocket only the cost of a few mailings and endless hours of communication and frustration, not to mention missed rentals while the lens was out of commission, none of which is even close to covered by the small rental fee that the gig brought in initially. Long rant, but I feel it's important to be as detailed as possible, especially when leaving a negative review. As mentioned, this is my first ever negative review and I take it very seriously. If you are considering doing business with Incline Productions, or their representative, Mr. Benjamin Murray, I would strongly recommend against doing so.
See More