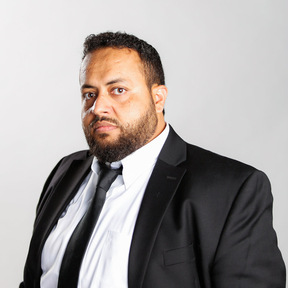 Independent filmmaker originally from Yemen, Algahim remembers spending a lot of time as a child watching Japanese animation shows. After settling in San Francisco in 1998 with his family of 8 siblings, he became obsessed with Jackie Chan and other martial arts films. In his own work, he blends action and the hero narrative with messages of tolerance and empowerment. He has made videos for non-profit organizations such as the Service Employees International Union (SEIU), SF Community Land Trust, and a PSA for San Francisco City Hall’s May Day event. He has been a producer or 1st AD on six narrative shorts and has written and directed two, including Go Back Home which screened at the Embarcadero Center Cinema in SF in 2017. Ibrahim is a graduate of the Digital Film & Video Production program at The Art Institute of California -- San Francisco.