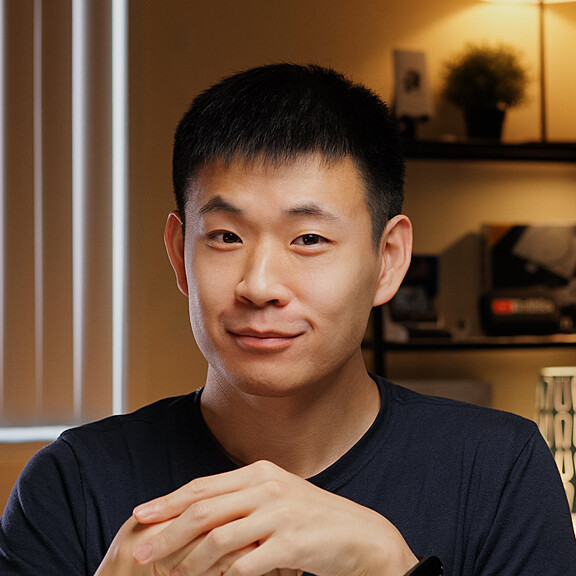 James Blythe • 10 months ago.
Really smooth rental, Han was easy to schedule and communicate with and took perfect care of the gear!
See More

JB Camera Production & Rentals • 1 years ago.
Yo-yo, some times gear doesn't meet our needs. That's ok, that's why we do tests. Better to be testing the gear ahead of time than to be testing it during production. Thanks for keeping real shootin' afloat :-) now here's somethin' to help you sail on into the Night!: The Evolution of God by Robert Wright The key to understanding Paul... He was a man of much ambition. That ambition seems to have been earnestly spiritual. Still, it's illuminating to compare Paul to modern entrepreneurs of more mundane motivation. He was a man who wannted to extend his brand, the "J-word" brand; he wanted to set up franchises--congregations of "J-word" followers--in cities across the Roman Empire. Oddly, these imperial aspirations infused Paul's preaching with an emphasis on brotherly love it might never have acquired had Paul been content to run a single mom-and-pop store. (Page 267) That's Me! Tryin' to set up a camera ma-and-pa store like the Apostle Paul! Lol- Just call me Apostle Jo~! The Rise and Fall of Ancient Egypt by Toby Wilkinson Words had great magical potency in ancient Egypt, so this was a highly sensitive role for which an accomplished magician and archloyalist was the obvious choice. Yet no sooner had Wennefer set out with the king and the army on their march into Asia than a letter was delivered to the regent in Memphis implicating Wennefer in a plot. He was arrested, bound in copper chains, and taken back to Egypt to be interrogated in the regent's presence. Like any successful official in fourth-century Egypt, Wennefer was adept at extricating himself from compromising situations. Through some astute maneuvering, he emerged from his ordeal as a loyal confidant of the regent. He was given official protection and showered with gifts. (Page 433) Wow, what does 267 + 433 =? 700 baby! Wow, what a lucky guy! Its crazy! That is basically the Shawshank Redemption in half a paragraph. That's the best movie ever made! I guess you should expect a guy named Wennefer would be a winner though? Haha (-: An Essay Concerning Human Understanding by John Locke being able only to strike and affect body, and motion, according to the utmost reach of our ideas, being able to produce nothing but motion; so that when we allow it to produce pleasure or pain, or the idea of a color or sound, we are fain to quit our reason, go beyond our ideas, and attribute it wholly to the good pleasure of our Maker. For, since we must allow He has annexed effects to motion which we can no way conceive motion able to produce, what reason have we to conclude that He could not order them as well to be produced in a subject we cannot conceive capable of them, as well as in a subject we cannot conceive the motion of matter can anyway operate upon? (Page 457) Right? It's like the letter "B" well what does the letter "B" stand for? What if it was "Bullet?" well then that would be a feeling that moves impossible fast, so hard that you'd think it was just god!? Not even a feeling capable of even being described palpably! What Daa Heck Mate!? Let's play checkers, or maybe check-mate!? Lol. Plus if you add the letter "h" you get a "Bh" sound, it's so fast, maybe that's what we're all scared of, the sound: "Bh" lol . So I hope you enjoyed this weeks installment of Joey's Camera Rentals on CNN. If you come back next time, be sure and mention: Undoubtedly Monroe had a quality when she was on screen. She could play dumb blonde parts with an instinctive grasp of comedy, as in How to Marry a Millionaire, Gentlemen Prefer Blondes, The Seven Year Itch and Some Like it Hot. Male viewers were attracted by her sexuality but felt unchallenged by her "little girl" voice and general helplessness; men were allowed to be attracted to her and be protective as well. Because she played powerless young women, this angered the more feminist of cinema-goers, who dismissed her as a middle-aged man's fantasy object, but many women liked her because of her vulnerability. (Page 89) Not for men, we can't be vulnerable. Jesus, what are we, God? Hahaha. Please feel free to rent from me again! Ta-ta ! - Joey B. on your best filmmaking beHaviour! Lolo Cam & Ren
See More

John Nodorft • 4 years ago.
It was great renting to Han. He was very punctual and treated my lights very well!
See More