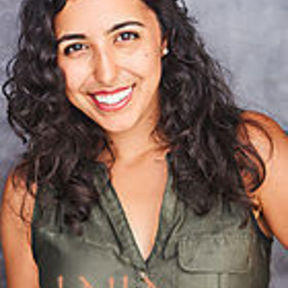 Free Pizza Productions is a company founded by creators, for creators. The primary goal of co-founders Laila Abdo Volle & Ashley J. Woods is to film the pilot for their concept The Understudies, influenced by real-life theatrical experiences, including time spent during their acting intensive at Elysium Conservatory Theatre where they met.

Free Pizza Productions is driven to tell stories with depth, even in the banal, and breadth, especially in the age of clickbait, through developed, real characters. The company believes in diversity to showcase the good, the bad, and the funny within humanity. As such, Free Pizza Productions pledges that each project’s production team can have no more than 33% straight white males to promote diversity from top to bottom. Each project developed at Free Pizza Productions must pass both the Bechdel Test (1. Two named female characters 2. Who talk to each other 3. About something other than a man) and the Mako Mori Test (1. At least one female character 2. Who gets her own narrative arc 3. That is not about supporting a man’s story). Shining the spotlight on the unseen, we believe in celebrating authenticity and being a microphone for unheard voices.

At this time, we are a for love of the game company, recognizing to build this village of artists and network of visionaries (calling all cinematographers, editors, & sound ops specialists), we do not currently have the funds to adequately compensate the talent and trust of our foundation: you. However, as actors, we find it unconscionable to not provide bare minimum compensation for each rung on the ladder. Therefore, Free Pizza Productions pledges that no person on set will go hungry (on a shoot day) and even with microbudgets, each project will be top quality showcasing each member of the team’s contribution (from day players to editing masters). Yes, this is a nod to our humble origins and frustrations at “no pay” audition postings on fill-in-the-blank casting websites saying “Food + Copy/Credit”. I mean, who doesn’t like pizza?

Laila Abdo, a first-generation Lebanese-American, grew up in southern Illinois. Since moving to Los Angeles, along with Ashley J. Woods, she has co-founded the diversity-focused, storytelling production company Free Pizza Productions. After meeting Ashley, a Long Beach local, while auditioning for A Midsummer Night’s Dream, this Hermia seems to have found her Helena in height and in life. Frustrated with the roles available to women lacking variety and authenticity, these two decided to take on something they are both passionate about: representation on screen.

Making her professional debut in the Midwest, Laila comes from a strong theatre background with an emphasis in Shakespeare (having twice-toured with Stone Soup Shakespeare), new work (from devised projects at the Gaiety School of Acting in Ireland to the Chicago Playwrights and Signal Ensemble Theatre’s world premiere of Devil’s Day Off to performing one-acts with Playground-LA), and musicals (recently performing as Mira in award-winning Neil Bartram’s Theory of Relativity and joining Sister Act in Simi Valley). She is diving into film, from starring in USC student films, including a multi-cam sitcom project called International House as the series regular Sameera. During this project, she found her love for niche comedy goes beyond her binges of Parks & Rec, Bob’s Burgers and It’s Always Sunny in Philadelphia. Playing with timing, Laila is most appreciative of the fun Free Pizza Productions’ developing projects taking themselves seriously enough to use their lives as fodder for the funny. Along with writing shenanigans with Ashley, Laila is writing her second novel, Adrift, the story of just another twentysomething finding herself. (Also not-even-a-little autobiographical).

Ashley J. Woods is an actor, director, writer, YouTuber, and activist. She can be seen in music videos by Foxygen and Dot, as well as various short films. She has worked with many great theatre companies such as The Long Beach Playhouse (who made her the most beautiful costume she will ever wear in A Christmas Carol), Shakespeare in the Hills, and the Underground Theatre Company. She also runs a personal YouTube channel where she uploads travel videos (Europe… lots and lots of Europe and highly recommends Croatia, specifically) and day-to-day vlogs. Ashley also actively supports California for Progress, with whom she has protested for Immigrant Rights, Standing Rock, Universal Healthcare, #MeToo, and Black Lives Matter. Believing societal change starts in our living rooms, Ashley hopes to use film and television to enact social change.

What about their training, you ask? (You didn’t ask. Nobody asks, but if you wanted to know where years of their lives have went…) Ashley graduated with a BA in Acting from The University of Wales, TSD. Laila has degrees in biology and music from Southern Illinois University-Carbondale where she was a Presidential Scholar. They became partners-in-crime after being awarded scholarships to Elysium Conservatory Theatre’s acting program.

How do they spend their free time between shoots? Ashley enjoys doing fitness videos and watching episodes of The Office with the DVD commentary on. Laila feeds people, tickles the ivories, and takes hikes.

Spekulor Rentals LLC • 5 years ago.
Laila took perfect care of my camera and returned it on time
See More