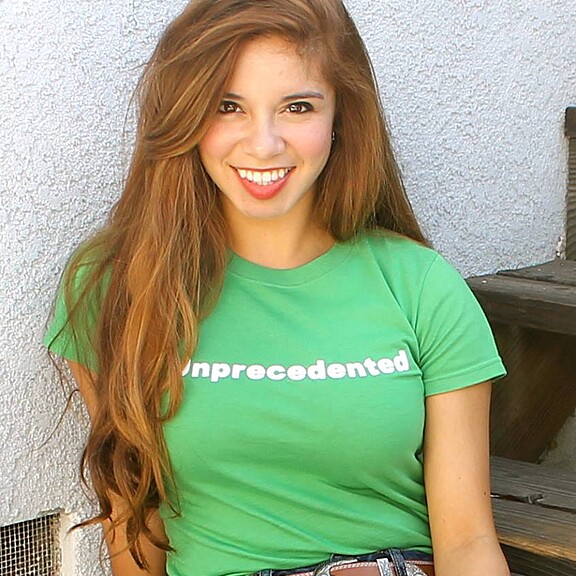 The San Antonio, Texas native moved to Los Angeles five years ago with an empowering story to be told about love, loss, and determination.

Felicia's first independent film "Aver" was inspired by true events, focusing on a universal story of Elisa, a young Mexican immigrant in search of her younger brother, whom she lost while crossing the border. Elisa's journey is one that countless families have made and continue to make in order to escape violence and poverty.

The young filmmaker hopes that her stories will give courage and confidence to those who are on a dark journey of their own. Aver, focuses on growth, love and will power of an independent women climbing her way up the Hollywood ladder. She climbs in honor of herself and in honor of family. Felicia knows that there will forever be differences among people; however, the goal of Aver and any film of hers, is to unify many people with many differences.

In 2012, Felicia obtained her Bachelor of Arts Degree with a specialization in TV/Film along with a Minor in Mass Media. Since then, she has collected years of experience in content development, production and post-production for television and feature films. Felicia also has had the privilege of interviewing many celebrities and TV hosted several red-carpet events which gratefully, has enhanced her network.

DeHaven Camera • 2 years ago.
great renter, we would happily rent to Felicia again in the future!
See More