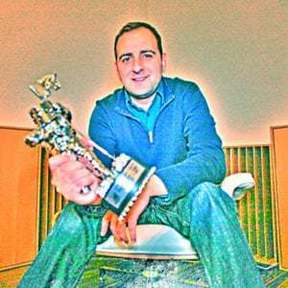 I live in Southern California. Raised in the DC/Baltimore area, from an early age I was a camera geek and a story geek. I thrive on project collaborations with beginners or the best.

I’ve led teams from around the world to the top, including winning an MTV Moonman award and Best Short Film award for my freshman projects. I’ve also developed devices & techniques for the industry that has made me a go-to-guy for some of film and television's biggest names.

It was always a pleasure working with Edward. Pick up and drop off was always seamless and simple. Highly recommend!

Awesome as usual, friendly and communicative!

Everything was awesome. Edward was exceptionally accountable and hospital with my rental. Will certainly be renting again from him.

Edward was awesome! Would definitely rent from him again!

Everything went smoothly as always with this renter.

Thank you so much for having this item and at its price. thank you again!

This is my favorite lens to rent!! worked perfectly and thank for the knowledge on the items aswell.

Edward was a awesome! Quick to respond and saved the day. Thank you!

A really great experience renting from Edward! Super friendly, helpful and accommodating. I'd happily rent from him again!