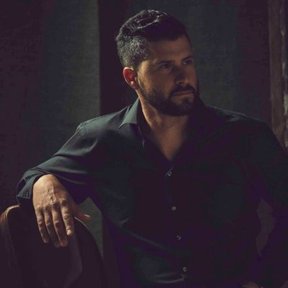 I was born and raised in Southern California where during elementary school I attended an after school program called Children’s Artwork Shop to guide creativity for kids. As a child, I always dreamt of making movies and making pictures. I wanted to put the silly little daydreams in my head onto the screen and bring them to life. I always saw myself as an artist, and knew early on that I would have an out of the box creative career. I've always loved that mysterious little box called a camera, could see just about the way that we do. How was this possible? My parents were avid photographers so there were always cameras around.

When adulthood snuck up on me I decided I could avoid the inevitable fate of growing up if I got into film school and emerged myself in the imagination and creativity of productions. I earned a degree from Loyola Marymount University in 2004 and worked for several years in television production in Los Angeles. In 2008 when the recession negatively affected the television industry, I packed up my car and moved to San Francisco to pursue an MFA in Photography, I fell in love with the wonderful people, amazing food and unique culture.I spent a couple of years dividing my time between assisting and shooting. Eventually, the dream of becoming a freelance artist shifted into a reality. In 2014, The American Society of Cinematographers invited me to join their Master Class in Hollywood, CA.

My time is now evenly divided between still photography and cinematography assignments. I have had the opportunity to work with leading brands such as American Express, H&M, Levi’s, Mercedes Benz AMG and Planet Fitness. I’ve been fortunate enough to work with companies like ESPN, NBC, Lifetime and Warner Brothers. My greatest professional reward comes when I get to look through a camera and craft images to bring a cleints vision into fruition.

Alex Zajicek • 1 years ago.
Doug was a great renter that made everything easy and was able to work with my changing schedule!
See More