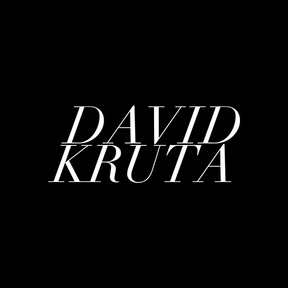 An award-winning Director of Photography and the son of Czech political refugees, David Kruta’s lifetime has taken him through a variety of cultures, experiences and locations spanning the globe, naturally bringing him to New York City to fulfill his passion for cinematography and storytelling. David’s career in the arts included not only still and moving pictures, but also the culinary arts, graphic design and fine art - all of which have inspired him to create cutting-edge visuals in his pursuit for the perfect image.

David has shot feature films, commercials, documentaries, fashion and music videos. He is the visual architect behind the 2013 Sundance Competing feature film, “Concussion,” starring Robin Weigert (Deadwood) and Maggie Siff (Billions), and most recently was a second-time honoree in the 2015 International Cinematographers Guild Emerging Cinematographer Awards for "Lullaby".

David has shot for an extensive list of clients including Porsche, Canon, Gillette, NBC Sports, Sony, MTV, Mizuno, Pantene and Saturday Night Live, and is always on the lookout for new and interesting projects.

Young and Grumpy • 4 years ago.
Lenses were amazing and David was very accommodating for pickup and drop off. Would rent again 100%.
See More

Alexandra Kaucher • 4 years ago.
Absolute pleasure renting from David. I’m in love with these lenses, and you will be too. Veeery creamy but sharp in all the right places. A+++
See More

Ben Plotkin • 5 years ago.
Sexy ass lenses for that unique project. David was super helpful and easy to work with.
See More

Anthony Thompson • 5 years ago.
Amazing ! Really this rental. They where very helpful and made everything run great!
See More