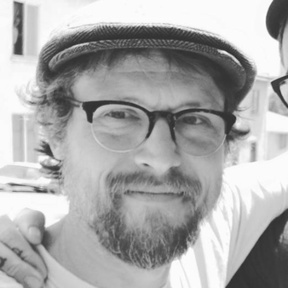 David Walter Lech is a Director of Photography known most notably for his work on the feature films THE WIND AND THE WATER (Sundance premiere), LITTLE FEET (Toronto International Film Festival, dir. Alexandre Rockwell), and the feature documentary A LOVELY DAY, and numerous short films, music videos and experimental work. He has extensive experience as a camera operator in reality television, commercial content for both television and online, along with on the ground field producing.

As a Screenwriter he has authored BETAMAX (Sundance Institute Screenwriters Lab, 2013), WESTERN INTERIOR SEAWAY, TOWN BLOODY HALL, KALI KHUHI (THE BLACK WELL) and the episodic series, THE BALLAD OF POOJA, with his creative partner, Terrie Samundra.

He is the writer/director of the films AARTI, THE NAMES JIM, and ELECTRICITY, along with a collection of non-narrative experimental films, using method and form to explore mysticism in the every day.