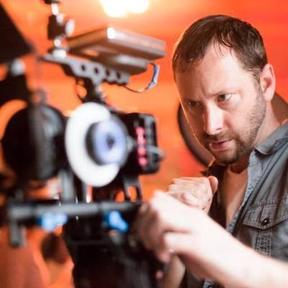 An award-winning Director and Screenwriter, Dave has a M.A. in English and an M.F.A. in Screenwriting, and is co-founder of Crux Jinx Productions, LLC in San Francisco, CA.

Originally from the Midwest, he found his love for film fulfilled in the Bay Area, and is founder of the Bay Area Film Mixer, which allows filmmakers from all over the Bay to network and create a tighter community of like-minded film professionals.

As a filmmaker, his focus is character and story driven narratives, regardless of genre. After winning awards for his short films, he tackled his first feature film, Losing Her, which won Best Feature at the Noor Film Festival in Los Angeles and the Golden Ace Award at the Las Vegas International Film Festival, and is now in post-production on another feature length film called Sungazers.