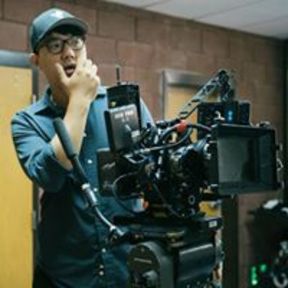 Colin Oh was born in New York and grew up in Princeton, New Jersey. He graduated from Drexel University in 2008 and moved to Los Angeles. He is an alumnus of the prestigious American Film Institute Conservatory with a M.F.A in cinematography. He has shot many narrative films and music videos that have gone the festival circuit. Colin's work has also been featured on MTV, Huffington Post, Vogue, Milk, and Nylon. For 2013-2014, he was chosen to be a Cinematographer for Film Independent's Project Involve. While at Project Involve, Colin has been receiving 1-on-1 mentorship from Eric Steelberg, ASC.

Liam Forrest • 22 days ago.
Colin was easy to work with, and his accommodating nature really helped out our production. Thanks Colin!
See More

Travis Libin • 3 months ago.
Great renting from. Very reliable and all the equipment was in excellent shape. Also they were flexible with pick up and drop off which was really helpful for my job. Highly recommend renting from here.
See More

Jean Demmer • 3 months ago.
Everything went really smoothly, Colin was really flexible for pick up and drop off. Will definitely rent again!
See More

Simon Moore • 7 months ago.
Colin is great. Renting is always super smooth with him, and the gear is always in great condition. One of the best deals around for an Alexa Mini kit. Will definitely rent again.
See More

Thomas Mcdonald • 8 months ago.
Great rental experience! Went over and above to make sure we had the gear on time and even accommodated a closer pick up for us. Will definitely rent from Colin/A KS again.
See More

Stephen Gentle • 8 months ago.
Renting from Colin was great! He was very accomodating about our hectic schedule and very generous in thinking through other things we may need.
See More

Ruixi Gao • 8 months ago.
This is the second time I have rented a camera from Colin. His equipment maintenance is very good, and the communication is quick and simple, which is good cooperation!
See More

Timothy Kwon • 9 months ago.
Colin was very easy to communicate with and the camera package was fantastic. No problems at all. Would rent from again!
See More