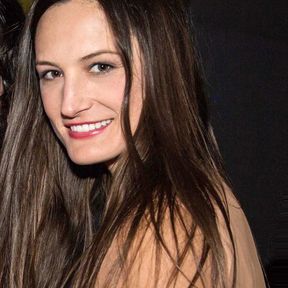 I am the director, editor, cinematographer, and producer of the feature-length documentary BEHIND THE CURTAIN: TODRICK HALL, which premiered at SXSW and is now available worldwide on Netflix. I produced the Watts-set gangster drama IMPERIAL DREAMS, which won the Best of NEXT Audience Award at Sundance and is now a Netflix Original. I also directed (along with Malika Zouhali-Worrall), edited, and filmed the critically-acclaimed feature-length documentary CALL ME KUCHU, which tells the story of the last year in the life the first openly gay man in Uganda. The film premiered at the Berlin Film Festival, went on to play 200+ festivals, win 20+ awards. It's been distributed around the globe and continues to screen for high level diplomatic audiences and at advocacy events. I was raised in Los Angeles and graduated with a double-major in Film Studies and Anthropology from Columbia University.

David Ling • 1 month ago.
Katherine was amazing! I’m a relatively new sharegridder, and she was incredibly patient and helpful. I cannot recommend her enough. She went out of her way to make this an easy process! A+++!
See More

Ruth Hanthorn • 1 month ago.
It's always a smooth pick up and drop off process, I appreciate renting from Katherine!
See More

Abiel Hernandez • 2 months ago.
Everything went smooth. Will rent from again!
See More

Kelli Porterfield • 3 months ago.
Grateful for the assist on this last minute rental- Katherine was very helpful and accommodating, camera and accessories worked like a charm.
See More

Dustin Pearlman • 7 months ago.
Very grateful for the last minute accomodation and simple pick up and drop off!
See More

Andrew Southam • 7 months ago.
I had a really positive experience renting from Katherine Fairfax Wright. Her gear was great and communications were always very prompt and clear. I wouldn't hesitate to rent from her again.
See More

Carlos Gonzalez • 9 months ago.
Katherine was great to work with! Great and easy to community with. Lens worked great on tp. She was super attentive to my last minute pick up too which is a plus. Definitely recommend renting from her at any time!
See More

Kevin Tosi • 9 months ago.
Very easy pick up and drop off and communicative!
See More