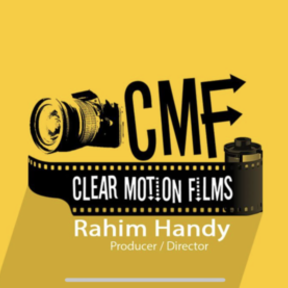 We are a full production studio specializing in documentary and commercial but are equipped to handle promotional and music video as well.

Producer and Director Rahim Handy is known for the documentary The Dream Chaser, a film consisting of over 50 interviews of hip hop industry top elites, close friends, and the entire family of 18-year-old slain rap star Lil Snupe. Rahim is a former student of Berklee College of Music where he studied Avid Pro Tools as well as Mixing and Mastering for recording. As an audio engineer at Savage Studios in Dallas, Texas as well as Madd Bass Recordings in East Orange, New Jersey Rahim was able to record and mix many recording artists albums. Rahim had started filming music videos for iconic rap star Red Mans artist Runt Dawg in 2006 as well as documenting tour dates for multi-platinum recording artist Naughty by Nature.

Rahim Handy began a production company called Still A Savage Media Group in 2010 which expanded to become the current company Clear Motion Films. Today he has produced and directed over five hundred music and promotional videos for many celebrities, personalities and organizations from rapper Future to Potters House Church in Dallas. Rahim Handy is now pushing Clear Motion Films to produce more commercial work with his partnership with Norry Niven. Rahim studied film at University of Texas at Arlington, Texas where he was able to study under Niven to win Addy awards on a campaign of commercials that were produced for the Sierra Club to raise awareness for global warming.

Rahim is currently in production on multiple documentary films that he is self-producing and directing. In 2017 he was awarded Best Visual Producer by Afterparty Radio DFW’s number one Online Radio Station. He has worked on media for BET Hip Hop Awards as well as the military Yellow Ribbon Program as a production manager since 2013 conducting live shows all across the United States of America. He has also grown Clear Motion Films to be based out of 2 regional offices Atlanta (South East Region) and Dallas (South West Region).

CMF was easy to work with.

Quick to respond, great communication. On-time and took good care of the rental.

Everything went great! The gear was awesome, had no complaints. Defs would work with clear motion again!

Awesome to work with. Great communication! Thank you!

Rahim was great and very knowledgable. He was super flexible with pick up and drop off and was even available to answer questions while I was on my shoot. Will absolutely be renting from his broad range of gear again! Great person.

I’m new to Texas and Sharegrid as a photographer/cinematographer. I’ve tried this Sharegrid community once and left feeling encouraged as an entrepreneur from the words expressed from Mr. Rahim Handy. He was very welcoming and professional. I support Clear Motion Films! 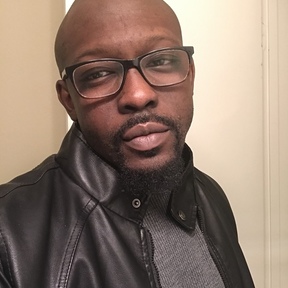