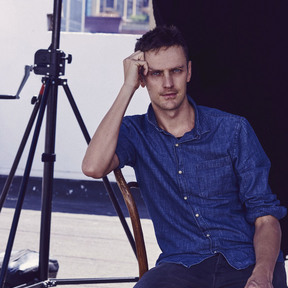 With a penchant for celebrity portraiture, he effortlessly commands the space around him, never yielding to ego and always striving to impress. Throwing dirty water on celebrities for the famed ‘Nobody was Thirsty’ campaign is indicative of Blanchard’s breakthrough approach that has seen him win international acclaim.

Christian also contributes to the Australian photographic community through various projects that include guest speaking at AGNSW, AGWA and educating for Nikon Australia, Contactsheet and The Australian Centre of Photography.

Maksim Brenner • 5 months ago.
Renting to Christian was a breeze! He is a pleasure to deal with, has great communication, took good care of the equipment, picked up and dropped off on time. Highly recommend!
See More

jonathan walker • 5 months ago.
This was one of the easiest transaction for gear rental I've experienced! Pick up/ drop off with Christian was so smooooth! Also really like the pretty hefty+sturdy stands that came with the lights! Highly recommend !
See More

Colt Morton • 9 months ago.
We need to work on our handshake dap up. Other then that Christian is fantastic! Great renter and great communication. would rent to him any day.
See More

Cinexin Studios LLC • 9 months ago.
Great renting out to Christian, excellent communication for pick up and drop off and equipment came back in good shape.
See More