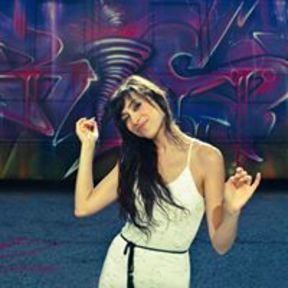 I'm writer/director. If it helps here's my bio...

Carmen Corral was raised in a diverse immigrant neighborhood on the northwest side of Chicago. Her parents came from Mexico to work in the factories, but on the side, her father was a musician of Mexican traditional music and her mother wrote poetry. An ulcer and hundreds of sleepless nights later, Carmen graduated second in her class and attended UCLA or as her mother called it, “Ooklah” to study acting on a full scholarship. Having grown up in a musical family, she took her love for music and also became a professional salsa dancer.

Upon graduating from UCLA, she starred in various TV and film roles including working with oscar-nominated actors such as Edward James Olmos (Stand and Deliver) and Adriana Barraza (Babel). She is most well-known for her role as Ben Mckenzie's girlfriend on Southland (TNT) for which she was featured in Latina Magazine.

Feeling passionate about telling stories that explore her community and culture and feeling disenchanted by the roles for Latinas, Carmen turned to her love for writing. She created, wrote and directed a web series for Flama (a Latino, millennial, youtube platform owned by Univision) called BFFs, a comedy that depicts the secret lives of 20-something Latina roommates. She won Miami Web Fest for best directing in that series. Inspired by her experiences dancing in the LA salsa scene, Carmen wrote and directed, Clave, an immigrant salsa dance film, which toured nationally in the film festival circuit. Carmen was twice a semi-finalist for the Sundance labs and most recently, Carmen was a finalist for the 2019 NHMC Writing Program, the 2018 ABC/Disney Writing Program and a semifinalist for the 2018 Universal Pictures Writing Program. Currently, she is assistant to writer/ producer, Seth Gordon (The Good Doctor, Atypical).