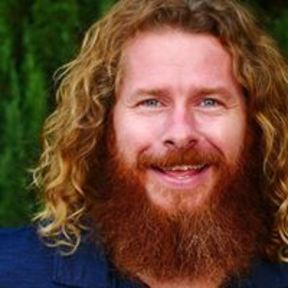 Canyon is a Los Angeles based Producer. He is CEO of production shingles Not a King Productions and Two Guys and a Film. Canyon is a member of the Producers Guild of America (PGA) and recently Line Produced the 2018 SyFy Original Film “Megalodon”, starring Michael Madsen as well as "Rent-An-Elf" starring Sean Patrick Thomas for ION. In addition, Canyon has Line Produced “The Trouble” starring Tom Sizemore, William Baldwin and William McNamara along with the action film “Tomb Invaders”.

Canyon directed the Award-Winning feature film “Hard Sun” (2014 Dances With Films) as well as the Hulu Original Series “Goodnight Burbank”. Other directing credits include "Monsterland" for Travel Channel as well as pilots “The Men’s Room” and “Monster Murders” for SyFy. Canyon has acted as 2nd Unit Director on "Street Survivors: The True Story of the Lynyrd Skynyrd Plane Crash", ""Near Extinction: Shangri-La", and "Megalodon". Writing credits include “Megalodon”, “Hard Sun”, “Run Like Hell”, “Venus” and “Brink”. Canyon currently resides in the Hollywood Hills.

Easy experience, very communicative, would definitely rent to them again.

Great working again with the team at Not A King. Very friendly and easy to communicate with and the batteries returned in great shape. Thanks!

Great renter! Easy to coordinate with. Thank you so much!

The process went smoothly and everything was returned properly. Would rent to again.

Another smooth rental, until next time!