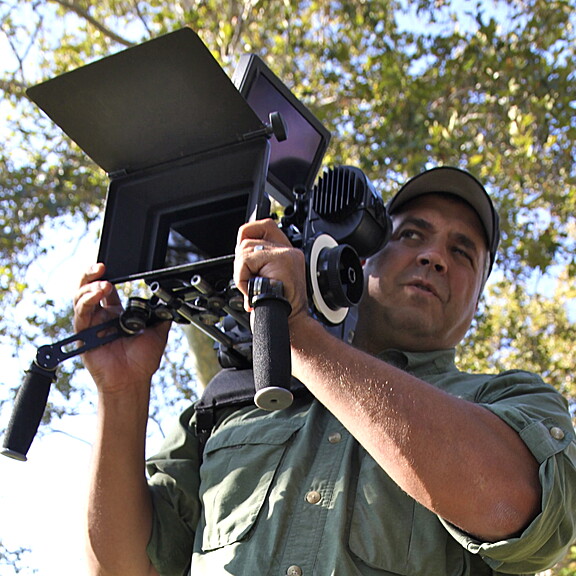 Bryan H. Carroll is an American producer, director, writer and editor from Bountiful, Utah. His career began early in 1986, when at 19, he worked at CRC; a visual effects company in Hollywood, that serviced studios and major production companies. There, he was able to build relationships and eventually worked his way into the cutting room. Teaming with some of the biggest editors in Hollywood such as Nicholas Brown, Michael Kahn, Frank Urioste and William Goldenberg, they were able to create films such as Predator, Die Hard, Road House, Free Willy and City Slickers.

Bryan had become one of the youngest film editors in Hollywood when he was giving the opportunity to cut Tales from the Crypt; HBOs first produced series. Throughout his career, Bryan, and his award winning production company Gnarlynow Entertainment, have collaborated with some of the industry's best directors and producers such as James Cameron, Jerry Bruckheimer, and Joel Silver.

In 2000, Bryan embarked on a long term collaboration with director Michael Mann, where he was 2nd Unit Director and co- producer on the CBS series Robbery Homicide Division and the feature films Collateral, Miami Vice, Public Enemies and several national and international commercials.

Bryan's love for documentaries and capturing the beauty of natural life was displayed through his work with the National Geographic release, Living In The Age of Airplanes, which was narrated by Harrison Ford. In 2013, Bryan produced, directed, and wrote the story of the award winning documentary, Why We Ride. The film has become one of the most successful and critically-acclaimed documentaries on the subject. Telling the passion behind those who ride and race motorcycles. The success of the documentary has stemmed a franchise which will include Why We Fly and Why We Race.

In 2017, Bryan executive produced the short film Night Shift alongside EGOT winner Viola Davis. This story follows a struggling actor that has ended up working as a bathroom attendant. Then one night, he is forced to face a reality he's not yet ready to embrace. This short film has gone to win several awards including the Sundance Film Festival.

Bryan H. Carroll, has also been a part of some of the most critically acclaimed films such as, Titanic, The Haunting, The Power Rangers reboot, The Last Witch Hunter, and Disney’s Maleficent: Mistress of Evil.

JB Camera Production & Rentals • 2 months ago.
Glad you got some good use of them and made it back safely!
See More