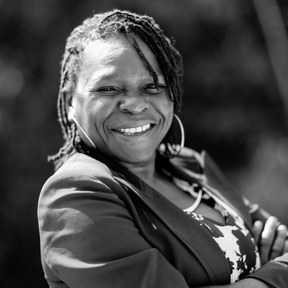 Bisi Ademulegun is a British-Nigerian-American who received her Bachelor of Arts degree in Creative Writing and Literature. She graduated Summa Cum Laude. She is a passionate storyteller and writes stories that come from a point of view often not seen in American film. She enjoys both narrative and documentary filmmaking. She is the author of, "Welted Backs" a collection of short stories and the Creative Director and Executive Producer of the Santa Fe 10 Minute Theatre Festival. In 2015, she made her directorial debut with the short film, Grounded. A current MFA student at UCLA, Bisi is working on a new documentary feature called, Breaking the Mold. Bisi is passionate about; social justice, animals, food, and her beloved, Lucille, her 2009 Harley Davidson, Dyna Low Rider.

Robert Potter • 4 years ago.
Everything went great! They were very quick and responsive.
See More